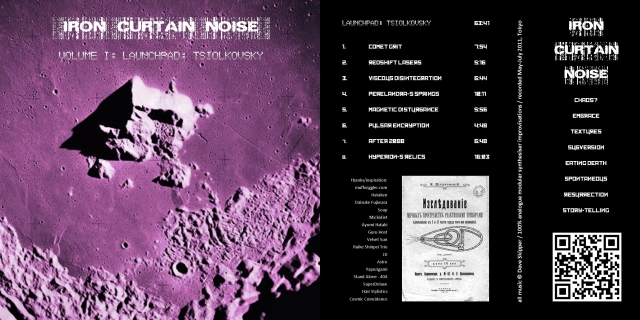 Album artwork, front and back

I have no idea what I’m doing and it’s so much fun!

When I first started putting together modules to make my own modular synthesiser back in 2010 I understood the basics of analogue synthesis, but otherwise it was a completely fresh and unknown world to enter into. Which was the whole point.

I have extremely fond memories of those early days. I had no plan, no preconceived notions of how to patch the modules together, and no ruts to get trapped in.

“I’ll just plug this cable in here and see what happens…” was the entire approach. The only rule was to patch outputs into inputs.

For me personally this is what the heart of modular synthesis is all about: open experimentation, happy accidents, unique discoveries. Or maybe not so unique, but with a customised system and endless patching permutations it certainly feels that way.

At some point I culled the best bits from these early recordings and compiled them into my first noise album, available on CD-R and as a digital download on bandcamp.

What is the meaning of Iron Curtain Noise?

By referencing the Iron Curtain it is not my intention to glibly make a reference to that time and place of Soviet Communism and the Cold War as somehow ‘cool’. I know that there was a lot of suffering and injustice, and there are many wounds that are not yet healed in the memories of individuals and families who lived behind the Iron Curtain.

During the Soviet era, in the 1980s, an electronics engineer by the name Vladimir Kuzmin designed and manufactured an amazing analogue synthesiser called the Polivoks (check out the great interview at that link!). Not only is it regarded as a classic synth for it’s rasping, edgy sound and unstable filter shrieks, but it was made with no reference to the outside world of parallel synthesiser developments. It is an instrument that oozes character.

Scroll forward a few decades, and a module maker going under the alias The Harvestman (now called Industrial Music Electronics) started a collaboration with Kuzmin to port some his original circuit designs (Polivoks and other) into the now burgeoning Eurorack module format. This series of modules are named Iron Curtain Electronics in homage to the circuits’ origins.

The Harvestman’s filter module – the Polivoks VCF (voltage-controlled filter) – made it’s way into my first modular system. An easy choice for me due to its aggressive sound and erratic response. It was a key part of my sound during that time, and so it felt fitting to give it a nod in the album project name. Alongside the filter I also used heavily another module from the same Iron Curtain Electronics line: the Kuzminorgel (since renamed the Lider Suboctave), a distinctive sub-octave circuit with its own idiosyncrasies.

Nerd Alert! (You can skip this section if you want)

Here is a list of the other modules (in alphabetical order) that I was using at this time and which therefore all feature prominently in the Iron Curtain Noise ‘project’: 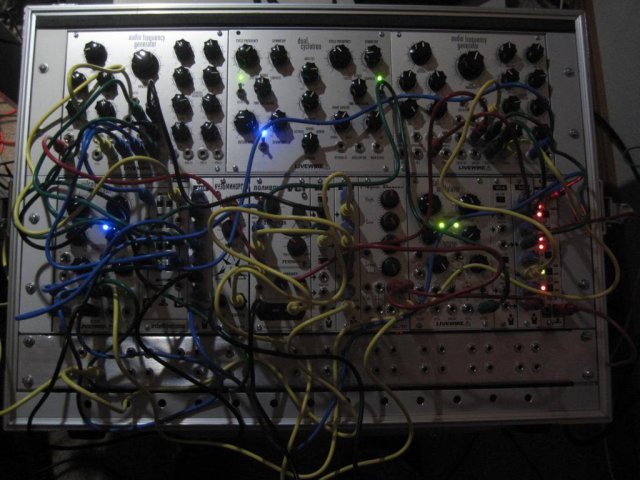 I’m really happy listening back to these pieces, and I wonder how on earth I found those sounds! They inspire me to experiment again and not to over-think how I patch and manipulate my modular. It’s too easy to get stuck in the same habits, and this album reminds me of the freedom and possibilities of noise.

Each of these tracks are single improvised takes with no overdubbing. I added some light post-processing on the computer.