Where mysteries converge.
by Dave Skipper

Introduction: Vortex in Your Cortex

This article exists because of an invitation to participate in a compilation CD release called Mutually Exclusive Music 2 (an intriguing title! I like it. What could it mean…?), on the φonon record label, released on 2020/02/21. I submitted a suite of 5 tracks under the title ‘Vortex in Your Cortex.’ As is usually the case when I edit tracks, I gave them titles according to what scenes my imagination conjured up while listening to them. In this case the sections presented themselves to me naturally as a mini-story. This was fun to do. The theme for Vortex in Your Cortex is a sci-fi tale of an apparent alien abduction and subsequent experimentation on the human mind, as follows:

Vortex in Your Cortex

And now to suddenly shift from the ridiculous to the sublime… the following question was posed to me during the album’s preparation: What does the Bible say about the theme of ‘Mutually Exclusive,’ analysed through the lens of Noise? What a great question! My short answer can be found below, to be followed by an extended analysis in a subsequent article.

“I will give you the treasures of darkness and hidden riches of secret places.” (Isaiah 45:3) Opposites coexist in the paradox of noise: creation and destruction, power and weakness, sacred and profane, eternal and momentary, art and anti-art, freedom and bondage, control and chaos. What is the opposite of noise? Not music, because noise is music and music is noise – the difference is in the listener. Not silence, because with noise it conspires to erode standard modes of communication. And silence is intertwined in noise’s dynamic contours and chaotic distribution of frequencies. So is noise mutually exclusive with itself, its inherent contradictions amplified?

Metaphysically, God as Creator and man as creature are mutually exclusive: “The LORD, who created the heavens, who formed the earth, says: ‘I am the LORD, and there is no other.’” (Isaiah 45:18) God continually sustains, controls, and participates in His creation, including the sonic dimension, but He Himself is infinite uncreated Spirit, unbridgeably distinct from us. Yet there is one radical, unbreakable convergence of divinity and humanity: Jesus Christ, the eternal Son of God, Word made flesh. “Unto us a child is born… and His name will be called Mighty God.” (Isaiah 9:6)

Physically light and darkness blend in countless shades and shadows, but ethically they are mutually exclusive: “Woe to those who call evil good, and good evil; who put darkness for light, and light for darkness!” (Isaiah 5:20) Noise as sonic darkness brings confusion, disintegration, and unending death. Noise as sonic light brings revelation, innovation, and overflowing life. Their collision is a battlecry of purest noise violence: “The sound of noise from the city!” (Isaiah 66:6) Extreme convergence took place when the perfect, holy and immortal Jesus Christ tasted death in our place, judgment and mercy conjoined: “The LORD has laid on Him the iniquity of us all.” (Isaiah 53:6) His subsequent victorious resurrection – the death of death – guarantees eternal life: “He will swallow up death forever.” (Isaiah 25:8)

The impetus behind these miraculous mergings of mutually exclusive categories is grace: God himself breaking impenetrable barriers so we can revel in his magnificence. Grace moves noise from darkness to light, death to life, despair to joy. Rather than tearing itself apart, noise is uniquely poised and freed to bask in profound mystery. Noisemaking can stalk its limits, seek the light, and be devoted to Jesus as an exploration of boundary-crossing grace. The conundrums embodied in noise are resolved. 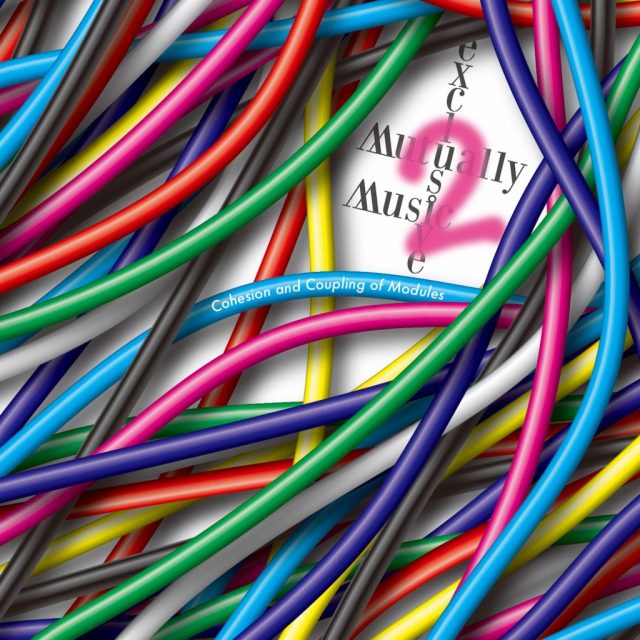