Soup and a Super Dude

Kelly Churko, the irreplaceable! It’s hard to know where to start. Soon after I moved to Tokyo in 2010, I was introduced to a hidden music venue called Soup. An eclectic melting-pot of underground musics, Soup immediately grabbed my imagination and educated me first-hand in the wonder and power of live noise music in particular. During that period of regularly attending anything and everything at Soup, people kept asking me if I knew Kelly Churko, and that I should really meet him. He was obviously a highly-regarded and well-loved musician of calibre. At that time he was back in his hometown in Canada for cancer surgery, having been living in Tokyo for close to a decade.

When Kelly finally returned to Tokyo the following year I was eager to meet him. As anyone who knew Kelly will identify with, I was drawn instantly to his warm welcome, intelligent conversation, and piercing wit. He could, and would, talk at length on any topic, and was one of those precious characters who would make you feel valued and interesting just for who you were.

Kelly gave me a deeper knowledge and appreciation of the Tokyo underground music world, especially the domain of noise and harsh noise. He gave me the confidence to grow in my own music and performance through his encouragement, perceptiveness, and no-nonsense attitude. He gave me an unmatched friendship in Tokyo through his hospitality and conversation. He inspired me to start organising my own events, especially the Heavier Than Jupiter (HTJ) event series at Soup. I will tell the story behind HTJ and its connection to Kelly in another article here sometime. There are other strands I want to write about too, but my focus right here is on a collaboration recording we made.

The 13th of January is a familiar and sad date for all who knew and loved Kelly, as he left this mortal coil on that date in 2014. I can honestly say that if this whole blog and all my writings on it were written for one person, it would be Kelly. We had some great deep talks about noise, philosophy, and religion, and how I wish I could continue to bounce ideas off him and hear his incisive perspectives!

But the 13th of January also has a very special ‘Kelly memory’ for me, for in 2012 that is when we had a studio recording session together. That session culminated in the collaboration release that I am featuring in this article.

I had the idea. Having been encouraged by Kelly in my formative noise-making efforts, and being eager to hang out more, I asked Kelly if he would be up for a recording session together. Typically, and I must point out completely consistent with the amazing openness of so many underground musicians, he said yes straight away. He booked a small room in a rehearsal studio in Koenji, a couple of stone’s throws from the apartment where he was living at the time.

In true noise/improv fashion we dove straight into playing and recording as soon as we were set up, and stopped in time to pack away before out rental time was up. For my part I felt as though I had bumbled along through the session, but it felt good and seemed to gel well together. Intrigued by Kelly’s gear and sounds, I asked him what he had done during the recording, to which he replied, “I have no idea!” Ha! I can still picture the room and hear him saying that! The transient nature of noise and the raw instincts of a gifted improviser and the nonchalant humility slash confident self-deprecation of the one and only Kelly Churko all rolled together in that instant terse response. Brilliant.

That was just one of the many lessons I learnt from Kelly: the craft and graft of technique, and the analysis of philosophy and meaning in art, may well have their place (and Kelly was certainly a skilled and thinking musician par excellence), but noise and noise-making is raw, unshackled, impossible to do ‘wrong’, and ultimately must come from the gut.

Scroll forward a few months, and I had worked at editing our raw material into something hopefully release-worthy. I selected the best parts of our session and then further removed a few unwanted bumps and over-extended sections.

On this date I went to Kelly’s apartment in Koenji for a mastering session. Kelly did many mastering projects for various noise artists, so I knew I could trust his ears and taste to spice up the recording. That was another great day hanging out, and sure thing he mastered our material crisp and loud!

I think at this point the tracks titles were:

After listening back to Kelly’s mastering efforts I emailed him a couple of days later: “I must say you have mastered this blisteringly (and thus suitably) LOUD!! Also, I can really pick out the different strands of sound much more clearly than in the original raw recording… excellent job!” To which Kelly replied:

“Yeah, man, that’s my mastering style (depending on the project of course) but I hope the dynamics are still somewhat there. Our recording is heavy on the strands so that’s good you can hear them. Strands are good.”

I just listened back to compare the unmastered and mastered versions and was struck again at how far superior Kelly’s mastering made it.

Kelly emailed me a few days later in his inimitable style to nail down that third track title:

“How about “Disassembler Tendrils” as a track name for cubes and spheres? That track sounds to me like a rib cage being exploded in super high def slow motion, specks of bone and cartilage and gore bursting outward. So instead of something as literal as that, how about systematic atomic de-construction by a sentient machine? Or something pretentious like that, haha.”

The next step in the story of this recording was a strange one. While back in the UK in the summer I shared some stories and music about life in Tokyo with a group of people at my home church. I wanted to give a taster of the noise music to the uninitiated, so as part of the event I played our track Disassembler Tendrils at reasonably-loud-though-not loud-enough volume 🙂

I asked people to listen carefully, maybe close their eyes, and write or draw on paper anything that they imagined or thought about while listening to the track. I sent the results off to Kelly, and he commented that the experiment was ‘a great thing for noisedom.’ Noisedom! That was a cool new term for me 🙂 I have appended the comments and doodles at the bottom of this post as they take rather a lot of space.

And then finally we actually had our release released, one year and one day on from the actual recording session. Woohoo!

Massive thanks to Jay Randall of grindcore band Agoraphobic Nosebleed for liking it enough to put it out on his Pro-Noise online label. Kelly wrote to me:

“Jay really likes it and he commented that as a collab it works really well. We are working together; it’s not just one artist’s work splatted on top of another artist’s. I agree completely. Thank you for your excellent editing.”

Ok here it is. As usual, it’s essential to listen on quality speakers or headphones with ample volume…

We even got an online review, which was rather exciting for me:

“This is a collaborative effort between Kelly Churko and Dave Skipper, two Harsh Noise artists based in Japan. Three tracks of wailing Harsh Noise, each intricately layered with howling blasts of white sound, fluttering crackles of burning analogue roar and screeching oscillation. This stuff approaches HNW in terms of style, but it’s very densely layered and three-dimensional, and seemingly bursting with design, as much as Noise like this can be anyway. I find much Harsh Noise sounds random and chaotic; ‘Mutant Circuitry’, to my ears at least, sounds pointed and driven. Moments of clarity and minimalism really help to define the audio concrete, and keep this release interesting from start to finish. In a word: dynamic.”
– Source: http://gonzokaraoke.wordpress.com/2013/11/07/kelly-churkodave-skipper-mutant-circuitry/ 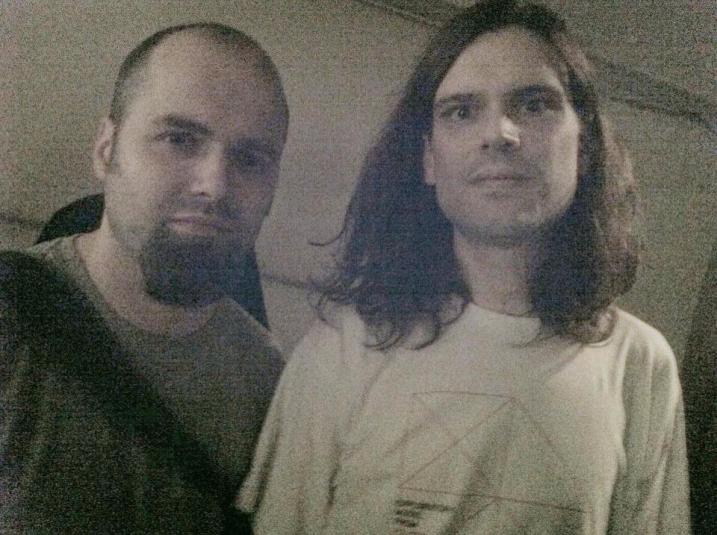 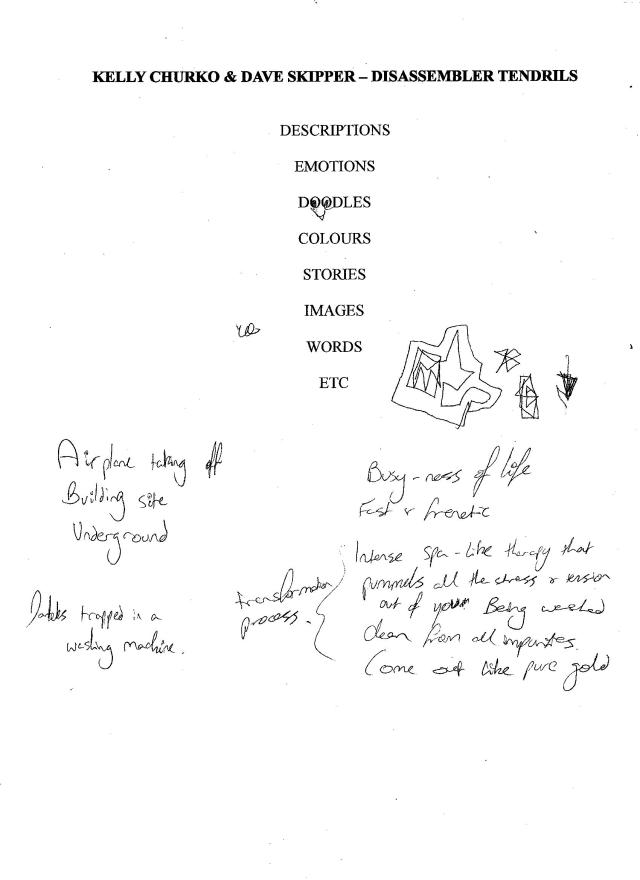 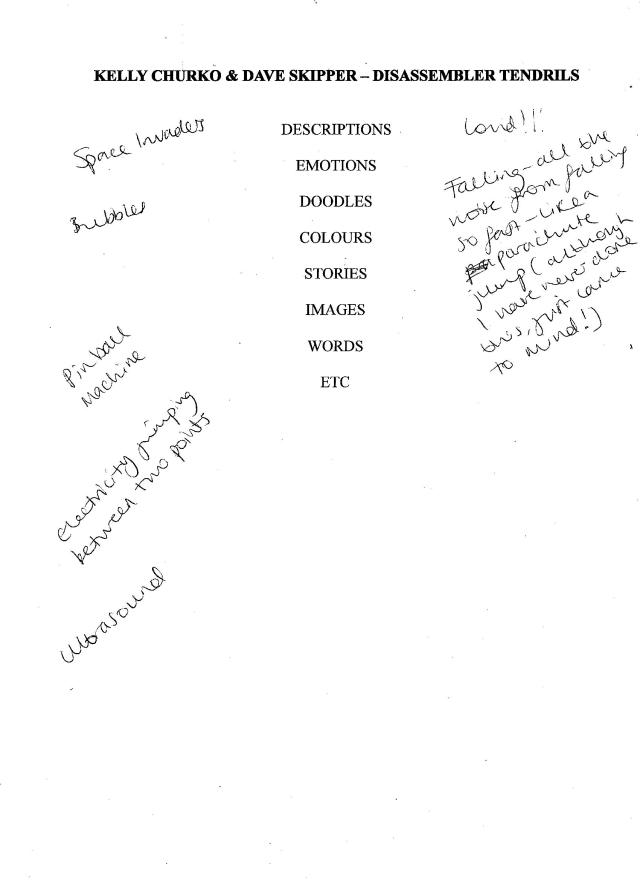 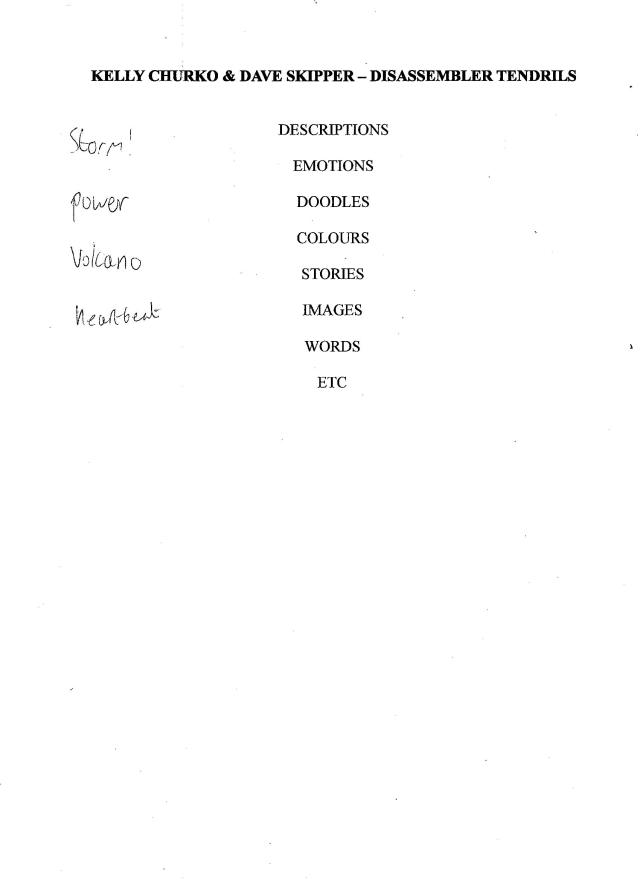 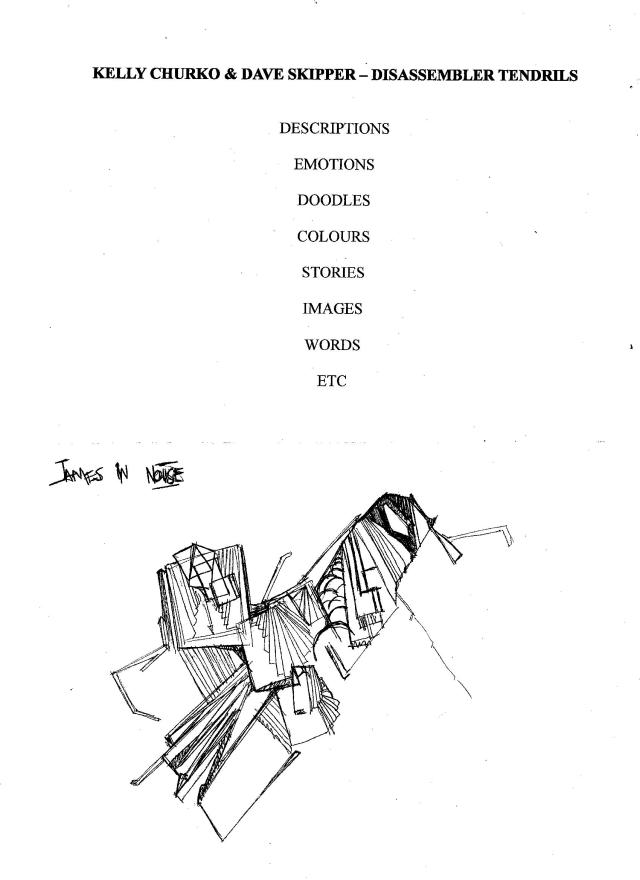 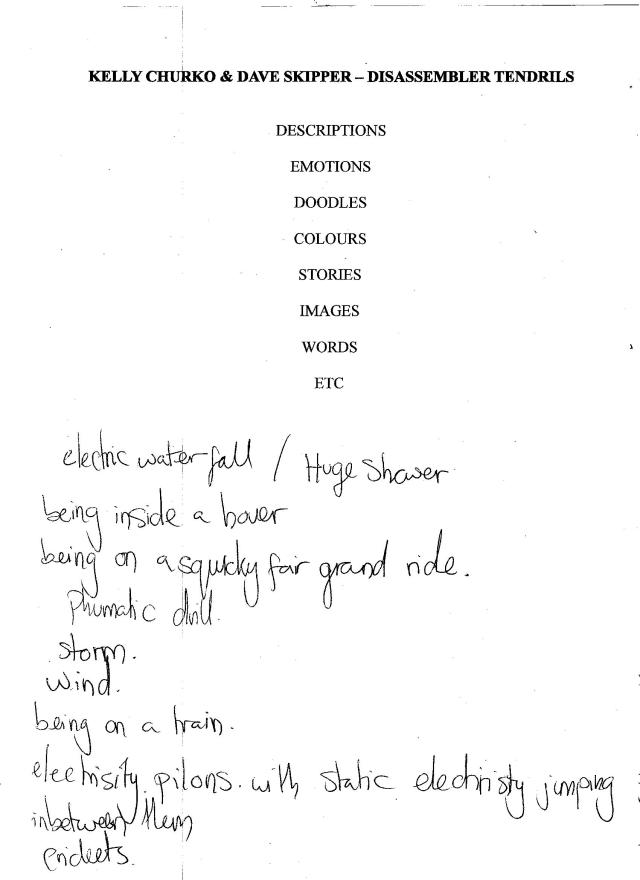 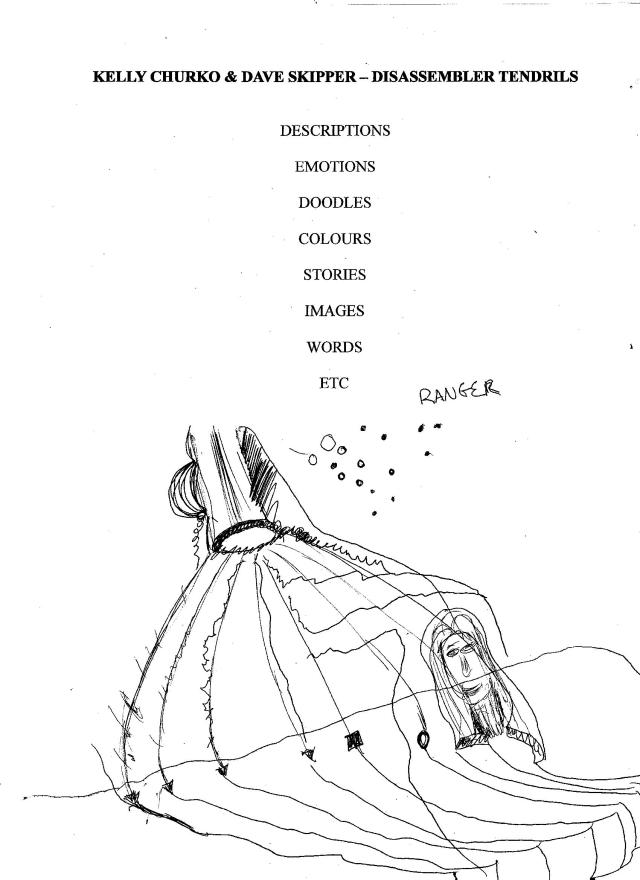 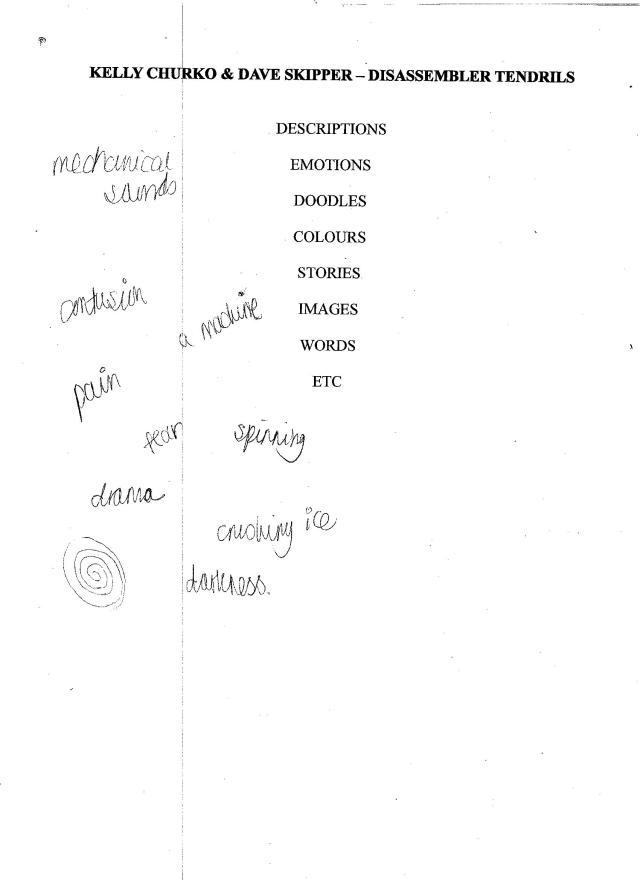 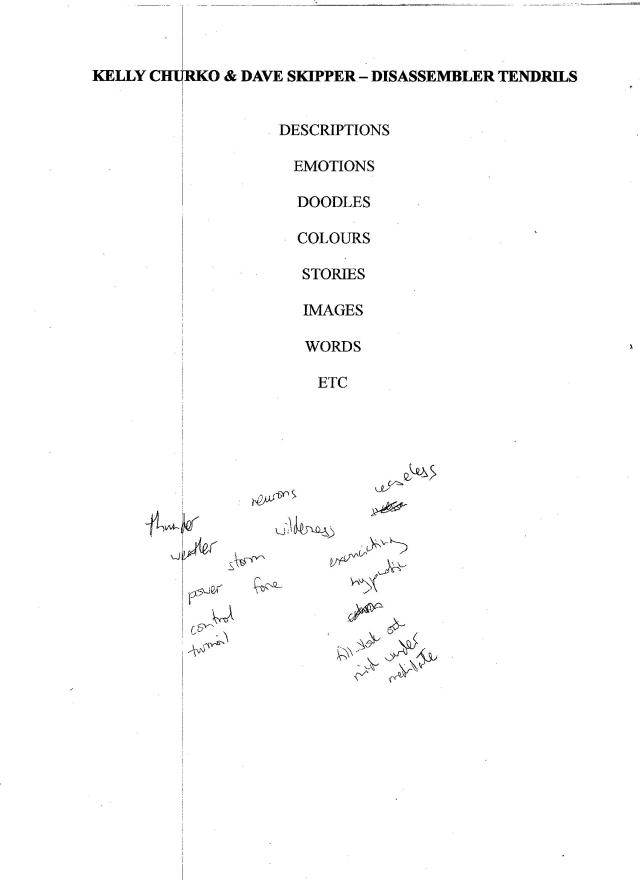 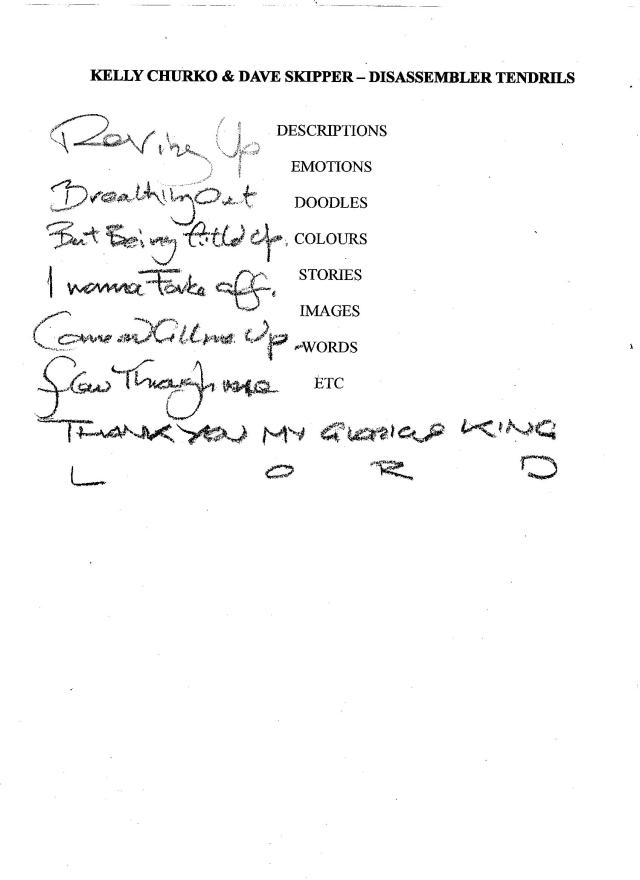 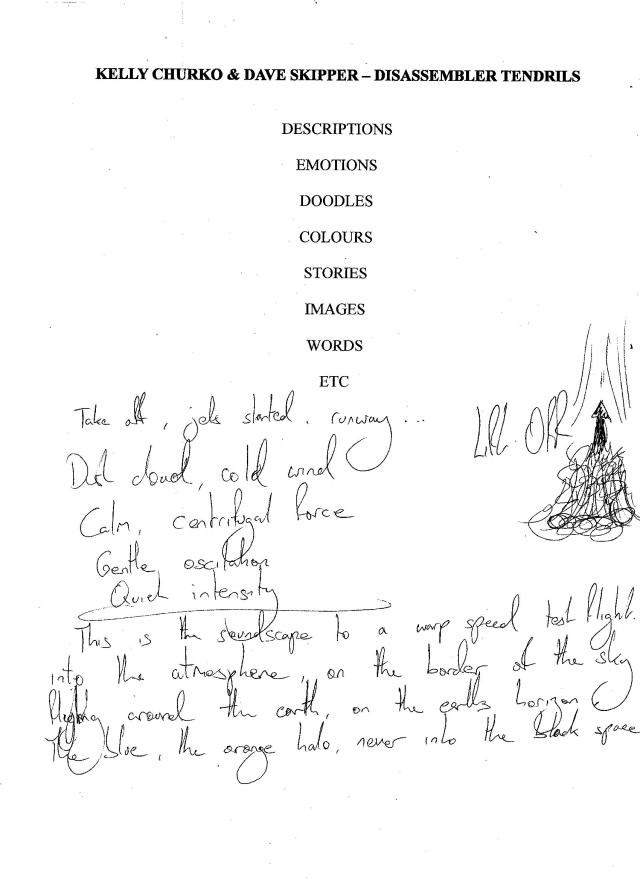 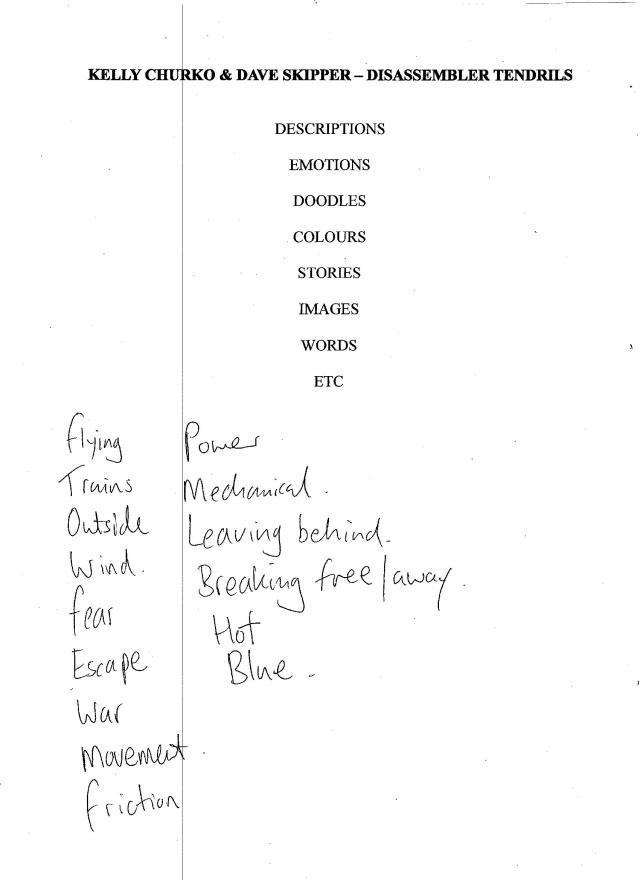 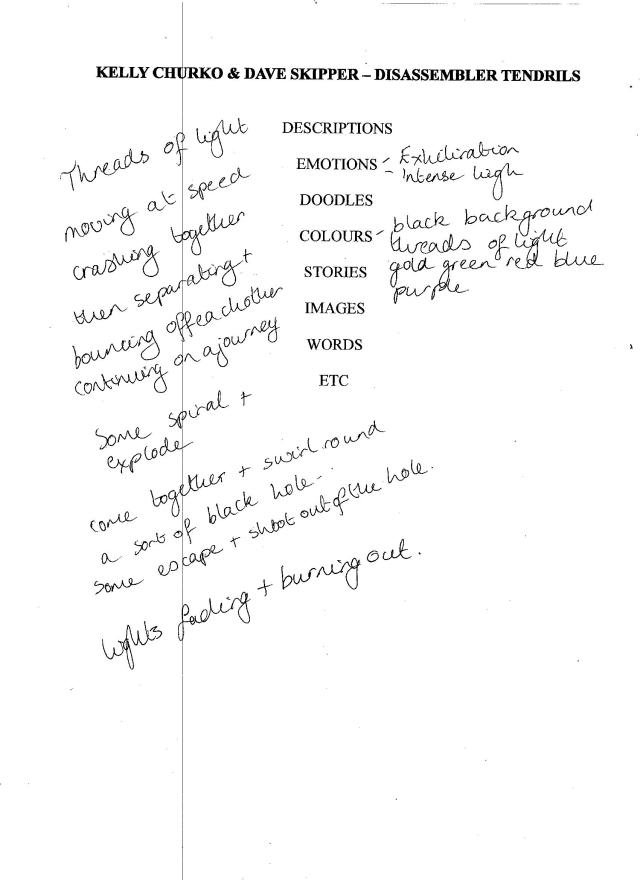 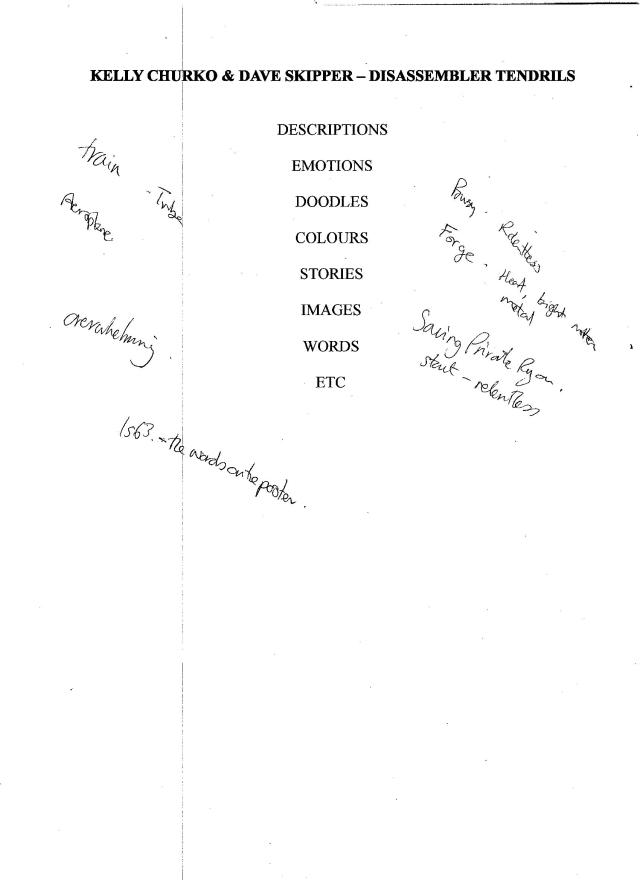